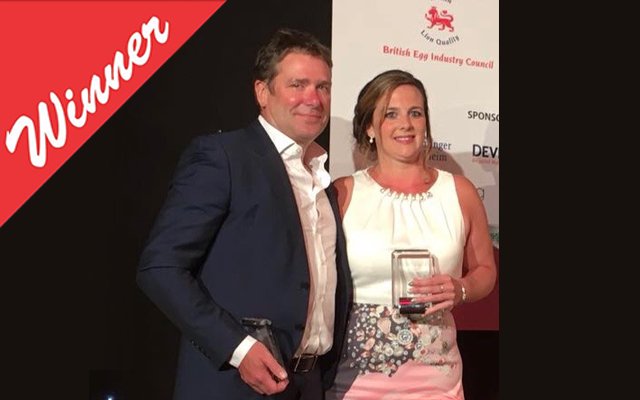 A cracking night for Joice and Hill

The National Egg & Poultry Awards is an annual event which recognises excellence and innovation in the egg and poultry sectors.

Anna Healy our hatchery manager won the “Unit Manager of the Year” and Nick Bailey accepted the award for “Hatchery of the Year."

The awards were presented by BBC’s Hazel Irvine who cracked a succession of egg based puns, much to everyone’s amusement.

Nick Bailey commented “We are genuinely delighted to receive these awards, on behalf of everyone at Joice and Hill, and we are especially delighted that Anna and her team have been recognised in this way”.