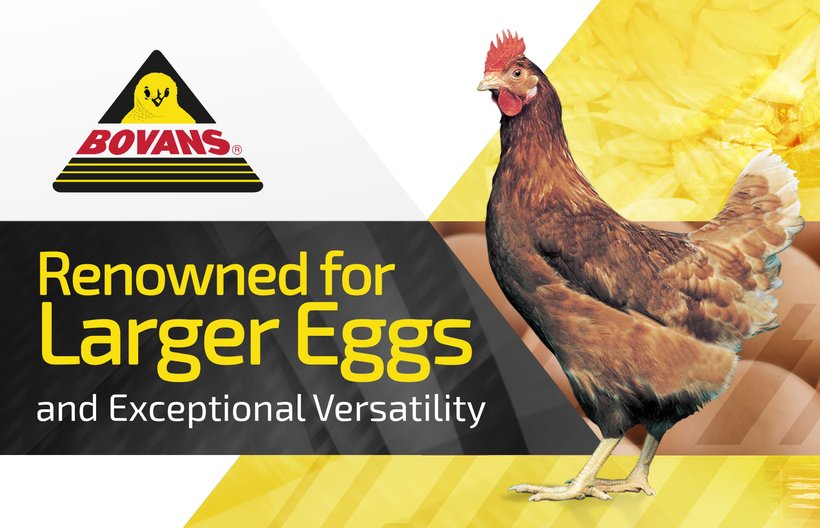 The Bovans Brown – renowned for larger eggs and exceptional versatility

A natural large egg-size layer, the Bovans Brown can be managed to meet changing market demands.

It will respond readily if the correct management in terms of lighting and nutrition is applied in rear and early lay.

The rearing programme advice and management techniques explained in this article could help you to influence egg size by up to 4g and above.

The profitability of your layer flocks depends on producing high numbers of first quality eggs that match the prevailing market preferences. Egg producers naturally choose layer breeds based on their perception of the genetic potential of each strain to produce eggs within a given egg size range. However, one of the great strengths of Hendrix Genetics’ breeds is their willingness to respond to adjustments in the management programme designed to control egg size.

Key management decisions should be taken during the rearing period

Egg producers have different management and nutritional tools available to influence egg weight. Key management decisions should be taken in advance, during the rearing period. The rearing period is the most important period. Management decisions taken during this period will influence average egg size for the total laying cycle most effectively and at the lowest cost. Other techniques or nutritional adjustments will be helpful to adjust egg size upwards or downwards in a shorter term.

Current layer breeds offer great versatility and flexibility in terms of management. Using the appropriate management techniques in rearing, lighting programmes to control sexual maturity, adapting nutrition and keeping the appropriate environmental conditions are the key factors. Egg size can be affected up to 4g and above! These tools can help the egg producer to find a good compromise between obtaining eggs of the desired size and maintaining an optimal production level while keeping a good eggshell quality.

Breeding companies define their breeding goals for each of their products according to customer needs. While for many criteria there is no clear regional preference (such as improved liveability or total egg number), for others, such as eggshell colour and egg size, there is clear market segmentation.

During the last few decades, the genetic improvement for egg production has been significant. The total number of eggs has increased, not only as a result of earlier sexual maturity and higher peak of production, but mainly thanks to a clear improvement in layer persistency, along with eggshell quality.

A notable achievement of our breeding programme is a change to the egg weight profile curve. Today, there is a rapid increase in egg weight at early stages in production, in order to quickly obtain good quality saleable eggs, while the egg weight shape curve “flattens” in the second half of the production cycle, in order to avoid unacceptably large eggs, with fragile shells, at a later age.(Fig. 1). 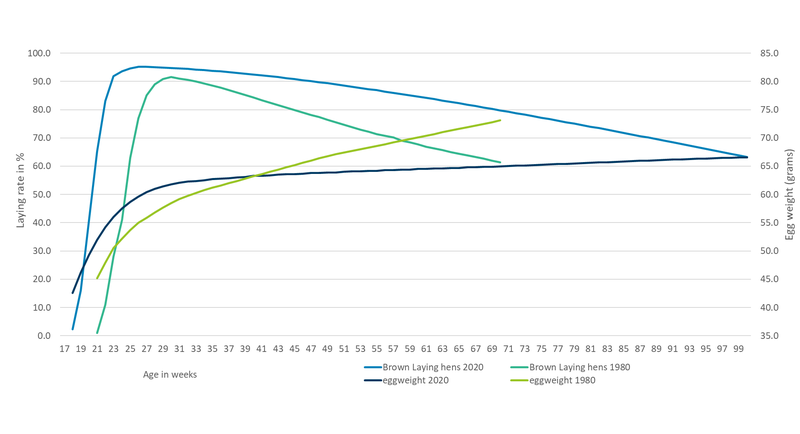 The chick’s development through the early stages of the rearing period is key to developing productive birds, with a suitable robustness and frame size. This will help the birds to cope more easily with a higher egg size later in their productive life. Management of body weight at sexual maturity is the most efficient way to control egg size later in lay, upwards or downwards in relation to standard values. The two basic principles are:

Thus, the key management factors in rearing to adjust depending on desired egg size are:

When setting a lighting programme, production target, mainly egg size, should be considered in order to adapt the speed of the step-down phase, length of light at the “plateau” (constant photoperiod phase) and moment (age and body weight) of light stimulation (Fig. 2). 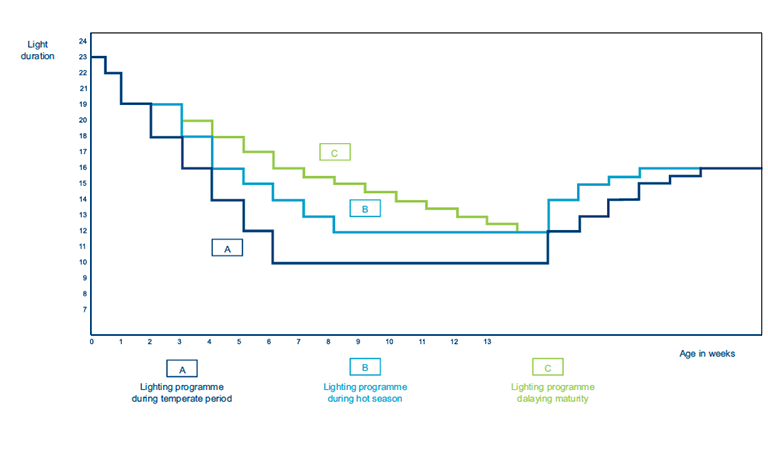 Fig 2. Examples of different lighting programmes depending on production target 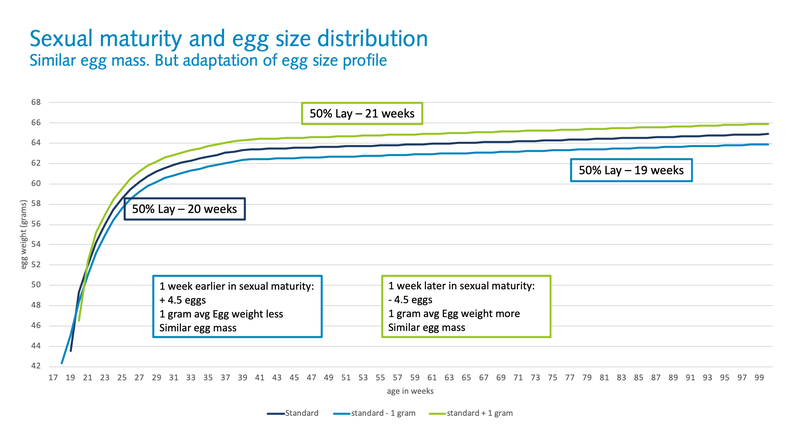 Uniformity is another key parameter

In both situations there might be a variation in total number of eggs produced, but little effect on total egg mass. Uniformity is another key parameter to be considered at the moment of light stimulation. When an early sexual maturity is targeted, uniformity should be optimised to reduce the risk of stimulating lighter pullets which would be detrimental to production persistency, liveability of the flock, and eggshell quality.

Rearing is also the right period to develop a proper feed intake capacity and a well-developed gastrointestinal tract which will allow the birds to increase their feed consumption at a suitable rate. This is essential to reach the required egg weight. Feeding times aiming to get feeders empty once a day from five weeks of age onwards and use of a diluted diet with increased level of insoluble fibre during the developer phase are the key techniques that will help the flock to succeed at the onset of lay. 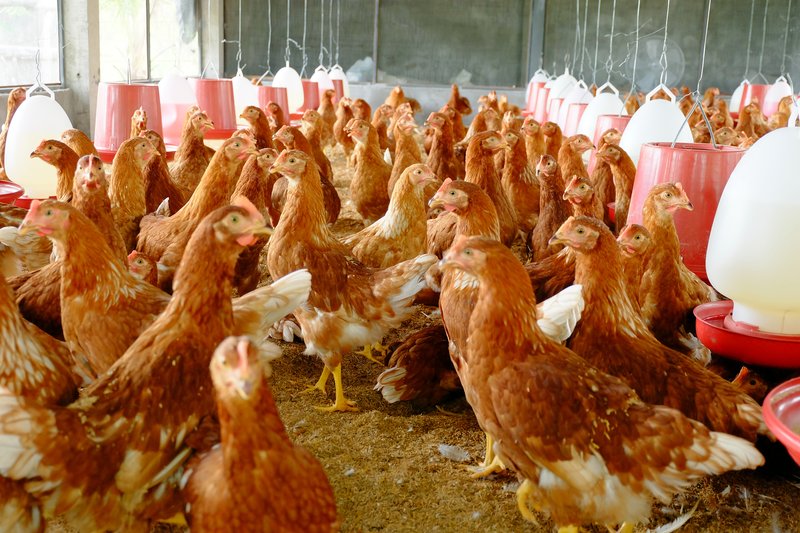 Protein and energy content in the diets should be properly balanced to ensure that daily requirements for the essential amino acids are met for optimum production performances. It is also very important not to change to a lower spec ration until the bird has peaked in terms of egg mass output, which is often post 40 weeks. The least number of ration and specification changes, the greater the benefit in performance.

Of the many nutritional factors that influence egg weight, the most important are methionine/cystine and other essential amino acids, total fat and linoleic acid content of the laying diets. Amino acid intake has a linear effect on total egg mass within a certain range, some of them playing a more important role in egg size, like methionine/cystine and lysine, while others have a smaller effect on egg weight, like tryptophan and threonine, but all them are essential to ensure adequate production.

This means that formulating for a higher digestible amino acid intake will increase egg size but exceeding a certain level brings no further positive effect. In the opposite scenario, when the target is a smaller egg size, reduction in amino acid levels is theoretically possible but there is a risk of amino acid deficiency which would negatively affect daily egg production and feed conversion ratio. Any decrease in amino acid levels at the end of laying period designed to control egg size should be done gradually while properly monitoring laying rate.

Egg weight is also affected by total fat content. The available research shows there is a linear effect on egg size from 2% to 6% inclusion level. Using a high level of crude fat at the start of lay is recommended when large egg size is desired. This positive effect is partly due to the improved palatability and higher energy levels of the feed leading to an increased daily energy, and partly to the fatty acid profile of the added fat. It will also help to stimulate growth towards the adult body weight at onset of lay, although feed intake at start of lay is still limited, which has a positive effect on egg size and total laying performance.

Linoleic acid has a positive effect on egg size, but only within a certain range. Daily requirements of layers are not high, around 1%, but higher levels up to 2.9% can be used to obtain larger eggs. Diverse raw materials used as a source of fat will have different effect depending on their fatty acid profile: vegetable sources like linseed oil and soybean oil which are rich in unsaturated fatty acids (high linoleic acid content) are ingredients of choice for larger egg size

The period between 18 and 30 weeks of age is crucial for a layer flock. During those weeks, nutrient intake should increase rapidly in order to meet the high requirements of the birds, not only for maintenance, but also for growth and egg production. As already mentioned, heavier birds will lay larger eggs throughout all their production cycle (Fig.3) 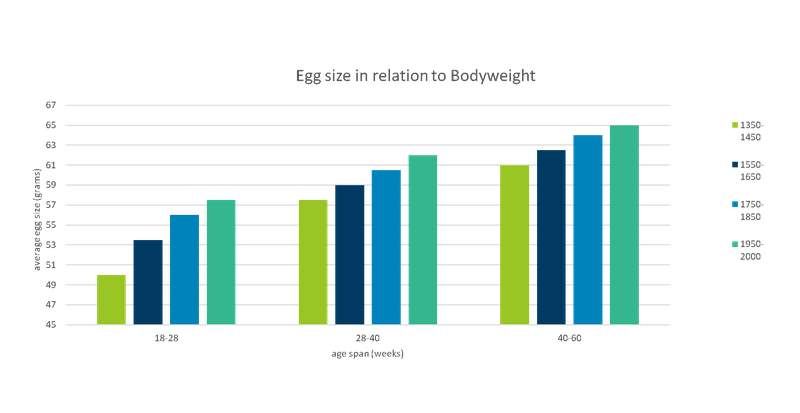 The production period up to 30 weeks of age is also the optimal period in which to influence egg weight by nutrition, as the average weekly egg size is increasing at a high rate and therefore the response will be much better. After 30 weeks of age, trying to correct egg size will be more difficult and results less successful.

Layers are grain eaters and prefer large particles instead of fine ones. A coarse mash feed of the adequate particle size (80% between 0.5 mm and 3.2 mm diameter) and keeping an empty feeder period once per day to make hens eat even the small particles, are the key points for ensuring the necessary nutrient intake for reaching a suitable egg size.

There is a significant correlation between ambient temperature and egg size, therefore environmental control is also a tool used in egg size management. The ideal temperature range for adult layers is 18º C – 24º C. Layers show a relative tolerance to high temperature, mainly when increase is not too sudden and they have time to adapt to it, but significant reduction in egg size is observed from 27 % onwards even if laying rate can be not affected.

Do not underestimate the importance of the rearing period, combined with good early bird and feed management on the laying farm. Management techniques in this crucial period of the bird’s development have proven themselves to influence the egg size profile later in life the most.

Warren and Bovans selected for “First of a Kind” Rearing System

Knowledge, experience and the right breedVencomatic recently opened the doors of its ‘first-of-a-kind’ Bolegg Starter Rearing System at well-attended open day, at Yorkshire Farmhouse Eggs in North Yo…