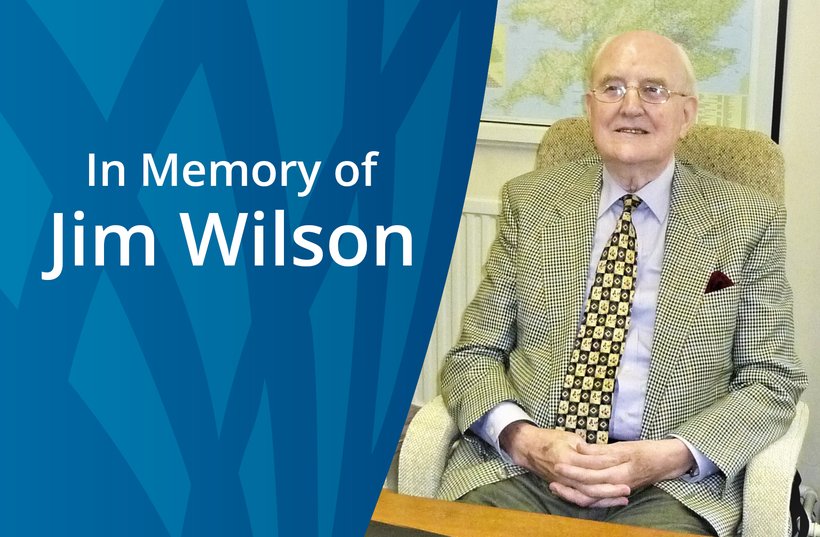 His family pay tribute to a much loved and influential poultry figure saying “They don’t make them like him anymore!

It is with sadness that we mark the passing of Jim Wilson on May 25th. Jim tested positive for Covid 19 in early May, and after showing mild symptoms took a turn for the worse a few days prior to his death.

Jim tried a number of careers

Jim was born in Lancashire and was very proud of his heritage. In 1947 Jim joined the Royal Navy, serving seven years, including nearly two years at sea on HMS Triumph. His service included sailing through a typhoon and serving in the Korean War.

Jim married Dorothy in 1952 and tried a number of careers after leaving the Navy, eventually joining BOCM Silcock’s feed company and then securing a position, with Thornbers Chicks in Mytholmroyd, Lancashire where his first company vehicle was a red Thornbers van.

Thornbers bred the ‘404', which laid brown eggs, and became the most popular chicken ever bred in Britain. Most people in the poultry industry during that era worked for Thornbers Poultry at some stage in their careers; it was like one big family. Following his time with Thornbers, Jim & Dorothy bought a corner shop in Blackburn which, they ran together.

The poultry industry beckoned again however, and in 1964 Jim and Dorothy together with their two young children, Simon and Sally, moved to Toft, in Lincolnshire, the farm was the location of the first Warren GP stock in the UK. This was followed by a move to Old Hall Hatchery, Orton Longueville, Peterborough where Jim took up the position of General Manager of the newly formed Warren-Studler Breeding Farm Ltd. The hatchery and dwelling house had been purchased by the French breeding company Studler S.A. and Jim Warren. Chicks had been previously hatched on the site since 1940 under the ownership of Hornbuckles. Jim’s task was to develop sales of the Warren Sex-Sal-Link in the UK and Ireland.

The brown bird of choice

The business was very small to start with; just a handful of staff, and Dorothy helped with administration. In due course Jim recruited seven franchise distributors to service the UK and Ireland, with Parent stock hatched and supplied from Orton Longueville hatchery. Within ten years, The Warren SSL had replaced the Thornber 404 in the market as the brown bird of choice.

In 1977, the ownership of the company changed to Institut de Selection Animale, and the bird became universally known as the ISABROWN.

Between 1977 and the early 1980’s Jim travelled extensively to South Africa to assist with setting up a company there, and also was instrumental in the forming of ISA Inc. in the USA.

Jim’s unique management style led to the company becoming ever more successful, eventually outgrowing the premises at Orton Longueville. In late 1988, the site was sold, and a brand-new state of the art hatchery was built on a five-acre rural site on the outskirts of Peterborough with a capacity for 207k chicks/week. Jim received the “Poultry Person of the Year” award in 1991, and also won the BOCM Silcock’s award for outstanding services to the poultry industry.

By the mid 1990’s Jim felt it was time to slow down, so worked part time for a year before finally retiring in 1996. Never one to sit about, Jim volunteered for the Peterborough Soup Kitchen for a number of years, ably supported by his wife. Dorothy was diagnosed with Parkinson’s disease, and sadly passed away in 2014.

Jim was a prominent figure in the poultry industry and was well thought of by his peers as someone who called a spade a spade and could be trusted to tell it how it was. Living to the ripe old age of 91 years, most of the many friends Jim made in the poultry industry are no longer with us, but those that knew him or worked for or with him will have their own special memories. We can be sure they don’t make them like him anymore!

Our sincere condolences go to Sally, Simon & Julia, and to grandsons David and Peter.